In 1913, why did President Theodore Roosevelt call Cubism “repellent”?  Find out at the Albany premiere of 217 Films’ “The Great Confusion: The 1913 Armory Show”
WHAT:  New York State Premiere of 217 Films’ “The Great Confusion:  The 1913 Armory Show.”  The filmmakers will be in attendance and introduce the screening.
WHEN:  Sunday, October 20, 2013 at 1:00pm
WHERE:  Opalka Gallery
Sage College of Albany
140 New Scotland Ave.
Albany, New York
Directions:  http://www.sage.edu/about/contact/
COST:  $5 — Free with Sage ID
Reservations are highly recommended. Admission will be first come first serve. Reservations not claimed 15 minutes prior to the start time will be opened back up to public. To reserve tickets please call 518-292-8607 or email [email protected]
For more information: Jacqueline Lynch, Assistant to the Director and Gallery Operations, 518-292-8607, [email protected]
Excerpts from the film can be viewed at this link.

More about the film:  In 1913, The International Exhibition of Modern Art, known as the 1913 Armory Show, changed the face of art in America…for it was where many Americans had their first taste of a kind of art that did not look like anything they had ever seen.  By entering through the doors of an armory between 25th and 26th Streets in New York City, they entered through the doors of the Modern Era.
From February 17 until March 15, 1913, Americans by the thousands pushed their way through the doors of the 69th Regiment Armory to experience Modern Art for the first time.  What they saw annoyed and infuriated some…and captivated, delighted, and inspired many.
President Theodore Roosevelt, upon visiting the exhibition, called the most modern of these works “repellent”…and that was just the beginning of the controversy surrounding this historic show.
Connecticut-based independent filmmakers Michael Maglaras and Terri Templeton of 217 Films will screen their latest work “The Great Confusion:  The 1913 Armory Show” in its New York state premiere at the Opalka Gallery at the Sage College of Albany on Sunday, October 20 at 1:00 PM.  The filmmakers will be in attendance and introduce the screening.
“The more I dug deeply into the history of the Armory Show,” said director Michael Maglaras, who also wrote the film and narrates it, “the more it became clear to me that, with the Armory Show, we had truly entered the American century: the century of our greatest achievements as a nation and the beginning of our preeminence on the world stage.”
What resulted from these four weeks of mass exposure to European artists such as Cezanne, Renoir, Van Gogh, and the upstart Marcel Duchamp with his “Nude Descending a Staircase” as well as such Americans as Marsden Hartley, John Marin, and Charles Sheeler, changed how Americans came to understand their own times.
“The Great Confusion:  The 1913 Armory Show” features works by more than 60 American and European painters.  The film probes deeply into the history of how the show was organized; examines the critical organizational efforts of American artists such as Arthur B. Davies, Walter Pach, and Walt Kuhn; and explores the impact that the show had on collectors of art as well as ordinary citizens. 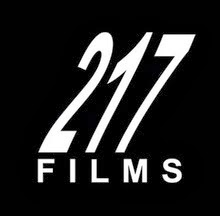 More about 217 Films:  217 Films is an independent film company in Ashford, Connecticut devoted to the American artistic experience.  “The Great Confusion:  The 1913 Armory Show” is 217 Films’ fifth film since 2005 about the art born of the profound energy and vigor of the American twentieth century.
In 2005, Michael Maglaras and Terri Templeton released their first film “Cleophas and His Own” about American painter Marsden Hartley’s epic narrative of love and loss. Maglaras both directed and played the role of Hartley in this film.  In 2008, they released a second film about Hartley called “Visible Silence:  Marsden Hartley, Painter and Poet” – the first-ever documentary on the life of Hartley. In 2010, with their film “John Marin: Let the Paint be Paint!” they established, through the first full-length documentary on this important painter, that John Marin was one of the fathers of American Modernism. All three films, among other distinctions, have been shown to acclaim at the National Gallery of Art in Washington, D.C. Their fourth film, “O Brother Man: The Art and Life of Lynd Ward” was released in 2012 and is currently on tour across the United States and will screen this fall in New York City.
The Sacramento Bee called Michael Maglaras a filmmaker of “Bergman-like gravitas.” His films have been described as “virtuoso filmmaking” (National Gallery of Art) “alive and fresh” (Art New England) and “elegiac and insightful” (Naples Daily News).  David Berona, author of “Wordless Books” has said of “O Brother Man” “This film is stunning.”  Judith Regan of Sirius XM Radio called it “Magnificent.”
On the Web:
217 Films
Opalka Gallery, Sage College of Albany
Excerpts from the film
###
PrevPrevious
NextNext