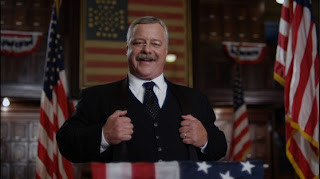 The first large exhibition of modern art in America occurred in 1913, organized by the Association of American Painters and Sculptors, and began in New York City. The 1913 Armory Show is considered one of the most important events in American Art history as it introduced many Americans used to the traditional realist style to modern art genres such as Fauvism, Cubism, and Futurism.

In celebration of the 100th anniversary of this event, director, Michael Maglaras and executive producer, Terri Templeton of 217 Films, are proud to premiere their latest “Essay in Film” The Great Confusion: The 1913 Armory Show on September 26 at the New Britain Museum of American Art.
The Great Confusion will feature more than 70 works by the American and European artists who were featured in the International Exhibition of Modern Art, which opened its doors in New York City at the 69th Regiment Armory on February 17, 1913.
Keep updated on future screenings at this link.
PrevPrevious
NextNext