Skip to content
Tonight: 217 Films’ Documentary on 1913 Armory Show Screens at the Hood Museum of Art 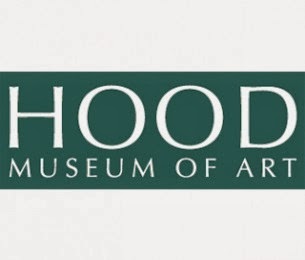 Tonight, 217 Films will screen its new film on the 1913 Armory Show at the Hood Museum of Art in Hanover, New Hampshire.

Read more in today’s edition of the Valley News.

When Michael Maglaras is interviewed by phone about his most recent documentary, The Great Confusion: The 1913 Armory Show, he happens to be in his car in front of a Saks Fifth Avenue in Greenwich, Conn.
To illustrate how the Armory show, which introduced some of the greatest modern European painters to American audiences, has permeated our culture, Maglaras, who makes films about art, doesn’t have to look far.
In fact, he has only to look over at a Saks display window, where, as expected, there’s a mannequin in a dress. But it’s the printed design of the dress that’s caught Maglaras’ attention. It’s Cubist, he said. An abstract, geometric pattern of triangles and shapes that, whether the designer intended it, reflects the Armory Show’s long reach.
“I’m sitting in front of the legacy of the Armory Show,” Maglaras said.
The Great Confusion will be screened this evening at 6:30 at the Hood Museum of Art. The documentary’s executive producer Terri Templeton will introduce the film and answer questions afterward. Together the pair, under the name 217 Films, have made documentaries about the American painters John Marin and Marsden Hartley, and the illustrator Lynd Ward.
Through a swift montage of photographs, newsreel footage and movie images, with narration by Maglaras, the documentary describes how the Armory Show, which opened in New York in February 1913, swept up its audiences in the breaking wave of avant-garde European and American art.
Continue reading at this link.
PrevPrevious
NextNext