It will be an hour-long reading, with Charles Ives’s “Concord Sonata” as a musical backdrop. Donna McNeil, director of the Maine Arts Commission, will introduce Maglaras. 217 Records is sponsoring this performance as a benefit for the St. Lawrence. All proceeds will go directly to the arts center.

Whittier wrote “Snow-Bound” in Amesbury, Mass., during the summer of 1865. The Civil War had just ended, and the nation was grieving the assassination of President Lincoln.

Published in February 1866, “Snow-Bound” was an immediate success, selling 20,000 copies in the first few months. From that point, Whittier became a national hero. Cities and streets were named in his honor. His birthday became a public holiday.

“Yet today,” Maglaras said in a news release, “most people have not read his poetry.”

Whittier was one of the most famous men in America. Held in high esteem by Emerson and Longfellow, this modest Quaker lived a life of great simplicity while carving out a position in American life as an important statesman, abolitionist, and one of the founders of the Republican Party. His poems were read and memorized throughout America and much of the English-speaking world. 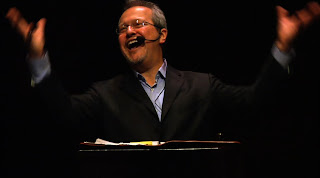 ” ‘Snow-Bound’ is one of the great poems of the English language,” Maglaras said. “This intense poetic masterpiece still resonates with as much power as the day it was published.”

“Snow-Bound” captures a sense of a special time and place. It recounts a New England blizzard from Whittier’s childhood that isolated the young poet and his family in their Haverhill home for almost a week before a team of oxen could free them.

As the fury of the blizzard rages outside, the family and their guests huddle before the great fireplace, knowing they will soon be cut off from the outside world. Inspired in this intimate setting, they begin, one by one, to open their hearts.

Each person tells a story from his or her life — revealing a depth of experience and spirit — all seen through the eyes of Whittier as a 10-year-old boy, and remembered by him as a mature man, in this masterpiece of American literature.