ASHFORD, CONNECTICUT (September 16, 2020) – Connecticut-based independent filmmakers Michael Maglaras and Terri Templeton of 217 Films announce the September 30, 2020 release date of their new film project, “Civilisation and America” – their eighth in 15 years and their seventh “essay in film” – highlighting the impact that Lord Kenneth Clark’s epic thirteen-part television series Civilisation had on America and Americans in 1970 when it premiered on public television and as we struggled with our national conscience during the Vietnam War.

“Civilisation and America” will be available via digital streaming on Vimeo on September 30, 2020 and through a separate announcement.

Meanwhile, these Vimeo links provide previews as excerpts from the film:

“We’re happy to announce that renowned British author and Clark biographer James Stourton appears in our film,” said Michael Maglaras, the film’s writer and director. “We’ve also secured the important cooperation of the BBC, and as a result this film will include significant segments from Clark’s original Civilisation footage.”

To view a Director’s Statement by Michael Maglaras, click here.

The film was shot in America and the United Kingdom.

“I’m delighted to be participating in this new film about Kenneth Clark’s Civilisation,” said James Stourton, author of Kenneth Clark: Life Art and Civilisation…the definitive biography of Lord Clark. “Michael has chosen to make a film on the American experience with this incredible documentary series. The impact that Civilisation had on American cultural life when it was first premiered on television in the United States in 1970 was profound and provided Americans with a perspective on our rich shared Western cultural tradition – an impact and a message still meaningful today about the value of our collective cultural DNA.”

Civilisation, produced by the BBC, had its first United States screening at the National Gallery of Art in Washington, D.C. in the fall of 1969, thanks to the vision of its then director J. Carter Brown, and was quickly taken up as one of the first important television programs of what was then the new Public Broadcasting Service. Fifty years later, and with an America facing new political and social challenges, Lord Kenneth Clark’s thirteen hours of Civilisation reminds us not only of the permanence of art and the permanent value of the human spirit in its creation, but also of the value of institutions and Clark’s belief that society “must be made to work.” Also featuring interviews with Professor Michael Murray, whose life was greatly affected by viewing Civilisation at the age of 21 and by the series’ brilliant writing, camera work, and innovative use of music. Using archival footage of an America struggling with itself during the height of the Vietnam War and with commentary by Sir David Attenborough… “Civilisation and America” will remind us yet again of the value of the arts in American society and in the lives of American citizens. 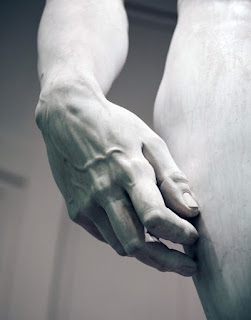 More about 217 Films:  217 Films is an independent film company devoted to the American artistic experience.  In 2005, Michael Maglaras and Terri Templeton released their first film “Cleophas and His Own” about the American painter Marsden Hartley’s epic narrative of love and loss. Maglaras both directed and played the role of Hartley in this film.  In 2008, they released a second film about Hartley called “Visible Silence:  Marsden Hartley, Painter and Poet” – the first-ever documentary on the life of Hartley. In 2010, with their film “John Marin: Let the Paint be Paint!” they established, through the first full-length documentary on this important painter, that John Marin was one of the fathers of American Modernism. These films, among other distinctions, have been shown to acclaim at the National Gallery of Art in Washington, D.C.

In 2012, they released “O Brother Man: The Art and Life of Lynd Ward,” and in 2013 “The Great Confusion: The 1913 Armory Show.” 2015 saw a new film “Enough to Live On: The Arts of the WPA” celebrating the ways in which Franklin Roosevelt used the arts to raise the spirits of the American people during the Great Depression. Their most recent film (2017) is “America Rising: The Arts of the Gilded Age” which has just concluded its national tour.

The Sacramento Bee called Michael Maglaras a filmmaker of “Bergman-like gravitas.” His films have been described as “virtuoso filmmaking” (National Gallery of Art) “alive and fresh” (Art New England) and “elegiac and insightful” (Naples Daily News).  David Berona, author of “Wordless Books” has said of O Brother Man … “This film is stunning.” A recent review in The Dartmouth said of The Great Confusion that “Michael Maglaras… brought the drama of the original show back to life.” Trent Nicholas of the Virginia Museum of Fine Art has called America Rising “…mesmerizing and wondrous.”