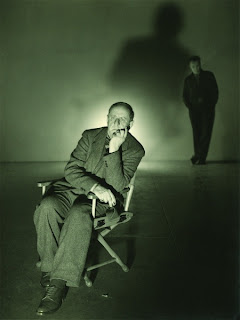 Released in Sept. 2008, Visible Silence made its world premiere on Sept. 25 at the Bates College Museum of Art in Hartley’s hometown of Lewiston, Maine. Governor John E. Baldacci proclaimed the day “Marsden Hartley Day” in the State of Maine.
Visible Silence features 43 of Hartley’s paintings and drawings as well as many photographs of Hartley — from early youth to his final years. Drawing heavily from Hartley’s little-known poetical works, this essay in film, a deeply personal statement by Michael Maglaras, captures the essence of Hartley — long considered one of the most important American painters of the first half of the 20th century. An international tour is planned for 2009. Next stops include the Currier Museum of Art in Manchester, New Hampshire; the Colby College Museum of Art in Waterville, Maine; Halifax, Nova Scotia; and The Hague. Michael Maglaras’s film work has been called “Bergman-like” by Victoria Dalkey of the Sacramento Bee. View a clip of the film HERE.
NextNext