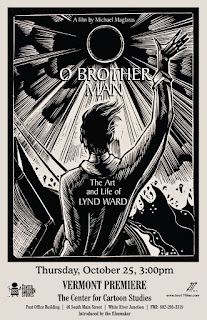 White River Junction, Vermont (October 10, 2012) – Lynd Ward is the father of the American graphic novel and one of the most prolific book illustrators and printmakers in the history of American art. The Vermont premiere of 217 Films’ new documentary “O Brother Man: The Art and Life of Lynd Ward” will be held Thursday, October 25 at 3:00pm at The Center for Cartoon Studies’ Post Office Building, 46 South Main St., in White River Junction. This screening will be introduced by filmmaker Michael Maglaras. Admission is free.

Featuring more than 150 wood engravings, drawings, and illustrations by this seminal American artist and storyteller, this 90-minute film brings the creativity of Ward to life and illustrates his mastery of the “novel without words.” “O Brother Man: The Art and Life of Lynd Ward” includes recently rediscovered footage of Ward at work filmed in 1937 as he completed his great masterpiece “Vertigo.” Ward’s work chronicles American life in the 20th-century, and demonstrates his deep personal commitment to social justice and the plight of the workingman during the depths of the Great Depression.

This film has been called “Magnificent” (Judith Regan, Sirius XM Radio) and “Stunning” (David Berona, author of “Wordless Books”). The Providence Public Library noted this is a “Mesmerizing film that appeals to a widely diverse audience of artists and illustrators, readers, American social history buffs, book collectors, and those who welcome an unexpected wave of nostalgia for the books of their youthful reading.”

Clips from the film can be viewed at this link.

The full screening schedule can be viewed at this link. 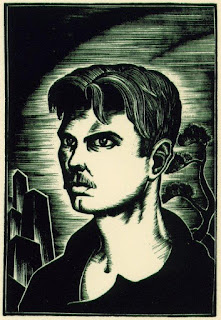 More about Lynd Ward: Ward (1905-1985) illustrated more than 200 books and was among the foremost graphic book artists of 20th-century America. His books, prints, and artwork are held by major museums and libraries worldwide. His stories without words, such as “Song Without Words: A Book of Engravings on Wood” (1930), are precursors to the modern graphic novel and are acknowledged masterpieces of that genre. Between 1929 and 1937, Ward produced six of these books, where the storyline was told entirely through wood engravings. A special two-volume edition of these works was recently released by The Library of America. 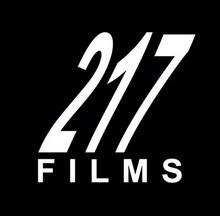 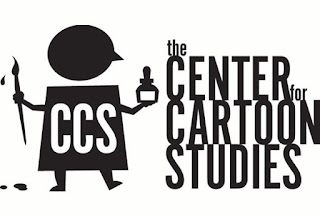 More about The Center for Cartoon Studies: The Center for Cartoon Studies (CCS) offers a two-year course of study that centers on the creation and dissemination of comics, graphic novels and other manifestations of the visual narrative. Experienced and internationally recognized cartoonists, writers, and designers teach classes. CCS programs include a two-year Master of Fine Arts Degree, One- and Two-Year Certificates in Cartooning, and annual summer workshops. The school is located in historic downtown village of White River Junction, Vermont. www.cartoonstudies.org