Skip to content
Announcing the Delius Songbook Project – Volume One 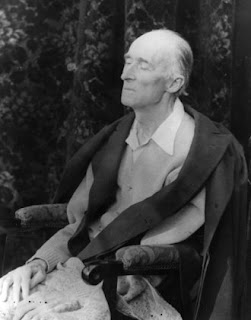 Filmmaker, actor, and record producer Michael Maglaras has announced that 217 Records will be participating in a major classical music release: Volume One of a planned two-volume set of all 61 surviving songs for solo voice and piano by the English composer Frederick Delius (1862-1934).

The notable English baritone Mark Stone, accompanied at the piano by the renowned composer and conductor Stephen Barlow, will begin recording Volume One at the end of August in England, with a probable CD release date in the first quarter of 2011. The recording will be released under the Stone Records label. 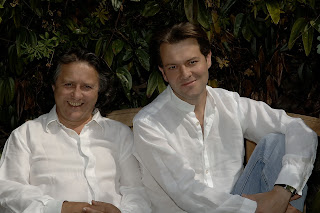 “Stephen and I are delighted Michael Maglaras has decided to sign on as Executive Producer of this historic recording,” said Stone. “Michael, as a trained concert singer, has a deep appreciation for the art song repertoire and for English music in particular, and we expect him to bring much to this collaboration.”

Frederick Delius is an important English composer who — although he lived most of his life outside of England — captures for many the best of the soul and spirit of the great English musical tradition.

“That no one has recorded the complete songbook of Frederick Delius has been, at least until now, one of the great omissions in classical music,” said Maglaras. “Mark Stone is one of the most important singers of our time, and will bring, as he has brought to his other important recordings, an elegant musicianship and deep intelligence to this project. I am delighted to be lending the resources and support of 217 Records to bring this first volume to its completion.”

Volume One will feature 28 songs, including “Seven Songs from the Norwegian” as well as three songs set to texts by the poet Shelley.

“Delius spoke several languages. He was among the most cosmopolitan and experienced of the important composers of the late 19th and early 20th centuries,” commented Maglaras. “Mark and Stephen have chosen well for this first volume from the existing 61 songs. Lovers of art song and lovers of Delius will be enchanted by this recording.”

Scrupulously researched, and including historical commentary on each of the songs, Volume One will include the complete lyrics of each song as well as background notes to assist in the listener’s understanding.